What was the pinpointer designed for?

The pinpointer manufactured by XP Metal Detectors named MI-6 has been on the market for quite a long time already. The device was announced in 2016 and it became available on the market in 2017.

The standard XP MI-6 pinpointer package set quite often is called as innovative, modern and worthy, but the words themselves don’t mean much, since there are quite many high-quality, modern and advanced pinpointers.

However, unlike its rivals MI-6 can be called a unique device, since it has become the one and for now the only pinpointer that can operate together with XP Deus metal detector (that uses firmware 4.0 or higher version). At that, the control function can be managed not only by means of the remote control, but also by the headphones WS 4/WS 5.

When operating together with XP Deus:

Getting Deus metal detector isn’t a must if you’ve decided to buy and use MI-6.

You are welcome to use any other metal detector, since MI-6 can be used as an ordinary pinpointer. However, when it functions together with XP Deus it can demonstrate all its features to the full. 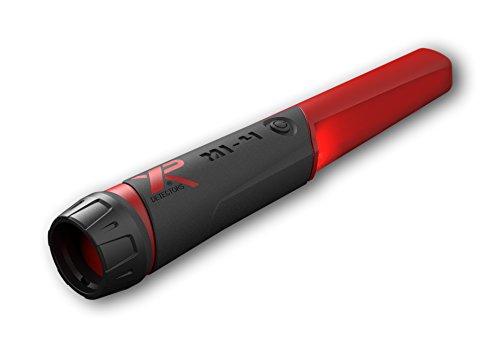 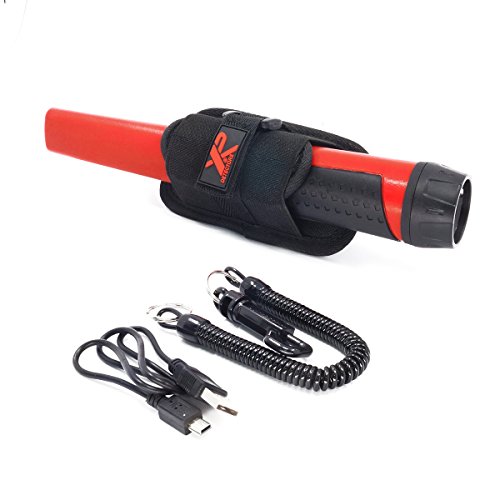 As a standalone XP MI-6 pinpointer the device offers the following:

XP MI-6 arrives packed into a small box with branded XP colors on it – black, red and white. The pinpointer itself is black and red, so it can be easily seen on the ground or in the grass.

Inside the box except XP MI-6 pinpointer, there is a holster with XP emblem (a case to carry the pinpointer attached to a belt), a retractable lanyard, USB-Mini USB charging cable, user’s manual and a warranty.

The holster with XP Detectors emblem attaches conveniently to the belt, but even if don’t wear a belt, the holster can be attached to almost anything and the fixation is very reliable.

The lanyard is attached using the hole in the XP MI-6 pinpointer case.

Despite quite impressive functionality available, the pinpointer is controlled by means of only one button; the case and the button are rubberized and due to this the device doesn’t slip from a hand.

To turn on MI-6 use the button with a specific pictogram. The button is easily pushed (it is made from rubber) and it is integral with the device case.

To change XP MI-6 search mode you should push the button and hold it for 5 seconds, once the audio melody stops playing you can use the programing mode.

After the melody the device starts beeping — from 1 to 7 times. If you count to 3 — this will be search mode 3, if it is 6 — the search mode number is 6. After this the XP MI-6 pinpointer is ready for treasure hunting.

The device has 6 search modes, the seventh one is for using the pinpointer together with XP Deus.

Search modes 1-3 — use sound identification, modes 4-6 — are silent. It is recommended to use the 2nd search mode for general treasure hunting.

The pinpointer has two audio modes. The first one produces sound signal constantly, the sound becomes louder and higher once the target is getting closer (Pitch), the second mode is when the device only reacts on a target and beeps at this point (Bleep).

The pinpointer XP MI-6 has a protective shell with a scraping blade to help the user loosen the soil, search inside holes, in the sand, etc.

The pinpointer uses a rechargeable lithium battery of high capacity. The battery life is up to 90 hours of continuous use.

However, if you turn on the vibration mode, the device operation time decreases up to 30 hours. If you use the pinpointer with vibration and LED flashlight on – the time reduces to 10 hours of continuous operation. Maximum operation time (90 hours) can be achieved only if you use alongside Deus metal detector with the XP MI-6.

The battery is charged using mini-USB cable (you can also use electrical grid for this as well as any computer, notebook, any portable chargers – power-bank).

Under Mini USB cap there is a charge jack. It takes about three hours to charge the battery completely. When the charging is over, the LED starts blinking like it happens in all other XP devices.

This is a waterproof pinpointer, submergible up to 20 feet (6 meters). Also, the device is floaty, so it won’t sunk in the water.

Despite the fact, that the device can function with any metal detector model, it is reasonable to buy it only if you use XP Deus or XP Deus 2. Why? There is nothing special about the pinpointer itself, since all its features are about the compatibility with this metal detector.

But if the pinpointer XP MI-6 will provide you with the same functions that can be found in other devices (for example, Minelab Pro-Find 35, Garrett Pro-Pointer II, White’s TRX Bullseye or Teknetics Tek-Point), what’s the point of overpaying?

Prices for XP products are definitely not cheap, and I personally don’t see the point in getting this pinpointer without a metal detector made by the same company.

If you dig with XP Deus, then the branded pinpointer is a must-have. If not, I’d advise you to consider other pinpointer models. They are cheaper and have better features. You are welcome to read the reviews of these pinpointers on our website.